The goal is really ambitious, because it significantly exceeds both IMO’s current goal to reduce carbon emissions by 50 per cent by 2050 and the goals set in the FuelEUMaritime initiative. The comparison year for IMO’s current goal is 2008.

Common cause of the entire maritime cluster

”The starting point of the initiative is the shared will of the shipping industry. The industry recognises the need for quick restraining of climate change, for which the shipping companies have made and are continuously making huge investments. However, carbon neutral seafaring requires massive R&D investments in the development of new fuels and technologies. That calls for extensive co-operation between e.g. shipping companies, the maritime industry and fuel industry”, Tiina Tuurnala, CEO of the Finnish Shipowners’ Association says.

Research and development in a key role

In aiming at carbon neutral seafaring, the most important role is played by the fuels used. New potential fuels include, for example, biogas and electric fuels made from hydrogen. Fuel cell technology is also another promising option.

”Developing fuels ready for production alone will not be enough, however. The availability and price will be the key questions that will ensure the shift to carbon neutral operations. The distribution infrastructure has to be built side by side with the fuel production. At the same time the engine technology is expected to develop in such a way that vessels will not be tied to a single fuel.”

Financing and incentives are needed

There are big issues to be solved, one of the most important of them being the financing of innovation activities. Shipping companies are strongly committed to the future investments for the financing of which the industry has been planning its own R&D fund. A global carbon charge for seafaring has also been discussed.

”In addition to financing collected from shipping companies on market conditions, the introduction of new innovations requires other financing mechanisms on both national and international levels. Sea transports have to be taken into account in the financing models related to different environmental programmes, and funding needs to be directed at investment incentives as well as compensation of the price difference between the new and current fuels.”

Maritime transports are already the environmentally soundest mode of transport. 90 per cent of the world trade is carried by sea and around 2.9 per cent of the emissions are cause by seafaring.

Finnish shipping companies have been on the forefront regarding environmental issues for a long time. To reduce carbon emissions, they have introduced e.g. fuels made of bio-waste, and the world’s first passenger vessels running on LNG were taken into service in Finland. Wind power has also been tested to reduce the climate emissions of vessels, and the first electric hybrid vessels will start operating within a few years. The new investments of different shipping companies continue and accelerate the responsible development by actively participating in various development projects aimed at preventing climate change. 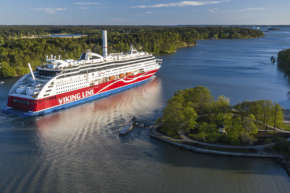 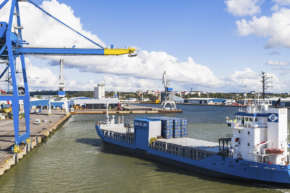