Platooning means that two or more trucks drive together as one group. The trucks are coupled electronically, which allows them, for example, to drive closer to each other. When the first truck of the platoon brakes, the following trucks will also brake automatically.

Product Manager Mika Jukkara from Scania says that tests on platooning are currently at this point. 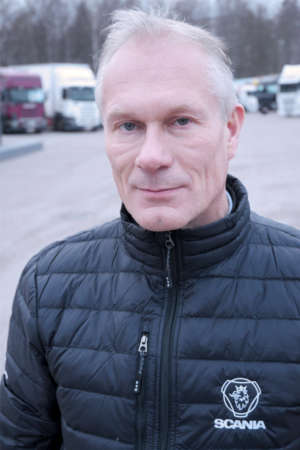 ”The goal is that in the future we could gradually increase the share of automation. One important step will be, for example, when the steering of vehicles further back in the platoon becomes mainly automatic. Then the drivers would mostly just need to monitor the driving and only take the wheel where necessary.”

In the long term it is possible that trucks could move completely without a driver – e.g. between a loading site and port.

“That won’t happen for some time, though. My estimate is that it will take several decades and will only be used on specific roads or areas and when permitted by the weather conditions. Autonomously moving vehicles will probably first be seen in closed areas, such as ports, factory sites and surface mining.

As migratory birds do

Platooning offers major advantages. For example, it increases the efficiency of transports and reduces their carbon footprint. Air resistance is reduced in a platoon – or actually it is the same for the leading vehicle but smaller for those that follow it. The basic principle is exactly the same as with migratory birds that fly in flocks.

“Platooning reduces fuel consumption by as much as 10–15 per cent. In addition, it is expected that increasing automation will improve safety.”

Vehicles will stay longer on the road 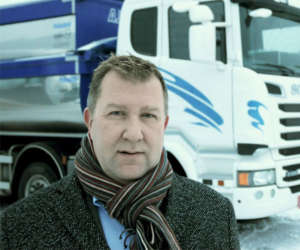 Olli Heikkinen, Marketing Manager of Scania, reminds that at present the daily driving hours of a driver are strictly regulated.

“If driving becomes monitoring of driving, it may add flexibility to the industry and enhance the operations of transport companies. In practice, the vehicles could be on the move for a longer time per day. That would, however, require amendments of legislation at the EU level”, Mr Heikkinen points out.

Experiences for further development and legislation

Platooning is currently being developed around the world. Scania is testing new technology together with Ahola Transport.

”Our idea is to gather experiences for further development. Various experiments also provide information on how e.g. legislation on road traffic and working hours should be developed”, Mr Jukkara says.

Different vehicle manufacturers also carry out development together. The goal is to create an open system within which trucks could also form platoons ex tempore while on the road, irrespective of models of vehicles and transport companies.

How to overtake a platoon?

There’s still at least one unanswered question left. How on earth can I overtake a line of trucks that may be hundreds of metres long?

“At least in the early stages platooning will only take place on motorways, so the other lane will be free for overtaking”, Mr Jukkara says.

Passenger cars may also drive temporarily between trucks, although it is not ideal for platooning.

“Later, if platooning is expanded to other roads; new kinds of investments in road infrastructure will be required. Some decades from now, traffic may anyway be quite different from what, it is now”, Mr Jukkara contemplates. 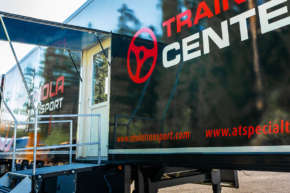