The present Turku Stevedoring Oy was formed when Kimmo Iljin acquired all shares of Turku Stevedoring Oy in autumn 2008. After the merger, TurkuSteve was introduced as a marketing name. During the same year, Forlog Oy was founded to support the company’s stevedoring operations, and it has been developed in the long term into an independent, full-service logistics provider. In the mutual division of duties between the companies, TurkuSteve takes care of stevedoring while Forlog provides its customers with a full range of services, from intermediate warehousing to finishing of products and deliveries. Together the companies currently employ around thirty professionals.

The young generation prepares to take the helm

A new era is about to begin in the 50-year-old Turku-based family-owned company within the next few years, as the new generation is stepping in. Kimmo Iljin is planning to withdraw from operational functions within two to three years, and his successors have already been selected.

”Of our children, Riika-Maria Iljin has been working in the company for a long time, at present as the production manager of both companies. Lauri Iljin in turn prepares to switch from the position of a project manager with his current employer to the service of the family-owned company within about a year. The youngest child, Oskari Iljin is currently responsible for the sawing services directed at Forlog’s forest industry customers. With this team, TurkuSteve and Forlog will continue to grow in the future, too”, Kimmo Iljin assures with confidence.

Development continues with a keen ear for the customers’ needs

Major reforms will also take place before the change of generation. Due to the Port’s Ferry Terminal Turku project, TurkuSteve will move to the West Harbour, and the operations will be concentrated in one part of the port area, and Forlog’s operations will be relocated to the Pansio logistics area in autumn 2022 where the company has enough opportunities for growth.

“In Pansio, our goal is to form an efficient and modern logistics centre. We have made an agreement with the Port of Turku on leasing two warehouse halls located there, and we are investing in the basic renovation of the halls and in modern warehouse shelf systems. In addition to those, we are simultaneously investing in a new warehouse hall, and are prepared to make further investments in more space next year. Apart from us, there are many other logistics companies operating in the area, and we believe in the attraction of several providers. The previously signed letters of intent offer strong potential for growth, as the logistics needs of companies continue to grow”, Kimmo Iljin says about the near future.

While TurkuSteve focuses on stevedoring and development thereof, Forlog has invested particularly in the materials handling of heavy industries and overall logistics. Alongside maintaining the expertise of the personnel, the company has developed, designed and produced equipment to fulfil even the most demanding cargo handling needs.

“As for the handling of products of steel and engineering industries, we have a strong foothold in both export and import logistics. We believe that stevedoring and value-added services will continue to grow”, Kimmo Iljin confirms.

Of the shipping companies that operate a regular liner service to the Port of Turku, Baltic Line uses TurkuSteve’s services. The cargo carried by the company’s vessels is handled once a week, in addition to which stevedoring services are provided weekly to the vessels of a few other shipping companies as well. Stevedoring services also use the cranes located in the port which were transferred to TurkuSteve from the Port of Turku by acquisition of business operations a little over a year ago. 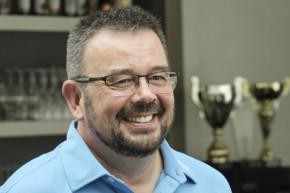 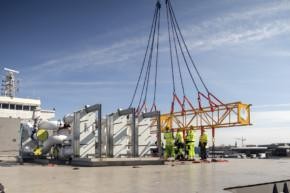