Tallink Silja’s Baltic Princess is arriving in the Port of Turku. On the bridge, First Mate/Safety Officer Mikael Westerholm helps the Captain to bring the ship to the quay.

“The ship is 212 metres long, and the margin at the quay is ten centimetres. Not exactly a simple job”, he points out.

There are plenty of tight spots, such as narrow fairways and rocks to avoid, on the route between Turku and Stockholm.

“Extra challenge is provided by the sometimes quickly changing weather conditions: storms, fog, and darkness. In the summer you need to be careful with leisure boaters that come too close to us.”

There is an impressive amount of technology found on the bridge, including radar, autopilot, and electronic nautical charts.

“All of them are just tools, however. The crew always makes the important decisions. The expertise of the seafarers is what counts.”

Everyone is working for a common goal

The Safety Officer of Baltic Princess participates in steering and piloting the ship. He also has many other duties.

“I am responsible e.g. for the safety training and drills for the crew and carry out safety reviews on board. I arrange rescue and fire drills in co-operation with different authorities. Together with the Port, we regularly carry out exercises related to port safety.”

Mr. Westerholm describes the passenger traffic by sea between Turku and Stockholm as a huge logistical puzzle. For example, if one ship is delayed, it affects the schedule of other ships nearby.

“Although e.g. Tallink Silja and Viking Line compete hard for passengers on land, we are best friends at sea –working closely together. That is a requirement for our success.”

Drawn to the sea

Mikael Westerholm has the training of Sea Captain and a Pilotage Exemption Certificate, which means in total around ten years of education including practical training. He has now worked as a Safety Officer for about five years.

“During my years of studying, I also worked a lot in the Port of Turku, for example as a Port Supervisor and Inspector. I was, however, drawn to the sea all the time.”

“Steering a ship is great. The views opening from the bridge are of course very familiar, but you never get tired of their beauty. Diversity is also a plus in my job, it includes administrative duties, but the social aspect is very important. I am in touch with the entire crew of the ship.”

The work of a Safety Officer of course involves extreme responsibility – does that ever feel heavy?

“Safety comes first always. My work is based on safety, but it is of course emphasised in seafaring also otherwise, it is present in all decisions. But the responsibility does not stress me personally. I think it’s an individual quality, and maybe there’s something learned as well”, Mr Westerholm contemplates. 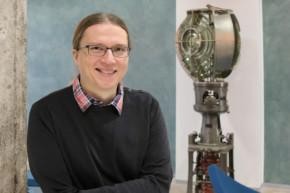 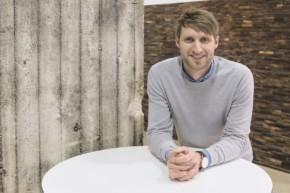 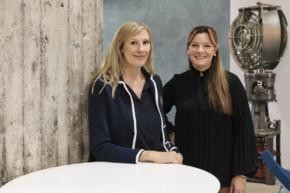