There is hustle and bustle by M/S ML Freyja. Terminal tractors are pulling mafi platforms loaded with steel girders, paper and timber to the ro-ro vessel. On the quay a row of mining machines and harvesters are waiting for the start of their sea voyage.

David Symes, Operations Manager of shipping company Mann Lines, says that part of the cargo is destined to Freyja’s new port of call, Rotterdam. “At least a lot of steel is going there today”, he points out.

Mr Symes is happy about the positive reception of the route that that was opened in January. It is the only ro-ro connection from Finland to Holland. ”Rotterdam is a great addition to our range of services. There are excellent connections by ship from Holland around the world, as well as good road and rail connections to other European cities.”

Broekman Distriport, the multipurpose terminal in Rotterdam used by Mann Lines, is located in the central Botlek district of the giant port. The same terminal provides e.g. direct connections to Norway.

M/S ML Freyja’s current route, starting in Turku, is: Turku–Bremerhaven–Harwich–Rotterdam–Cuxhaven–Paldiski–Turku. The ship tours the whole route through around three times per month.

When a door closes, another one opens

Mr Symes says that Rotterdam was added to the shipping company’s route partly because of Brexit. ”With Brexit, imports from England have decreased, although exports to the island nation still remain strong. In any case, the new situation meant more space on board.”

Soon after the opening of the new route, the world faced an even greater upheaval than Brexit, namely the coronavirus pandemic. ”The effects of the coronavirus are so far fairly minor. Exports from Finland continue, as large exporter companies are delivering orders received earlier. It’s hard to say anything about the situation in the autumn, though. It may be that many companies are now postponing their investments.”

Mr Symes says that the coronavirus also affected somewhat the marketing of the new route. ”Usually there are several meetings with customers per week, but we had to give up those. But we try to make it good and tell actively about this great new option.”

Due to the restrictions attributable to the coronavirus we can only admire Freyja from the outside.

Built in 2017 and owned by the Italian shipping company Visemar, the ship is just over 191 metres long and has up to 3.5 lane kilometres of cargo space.

Freyja is chartered for Mann Lines. In the arrangement Mann Lines pays the rent for the vessel, port charges and fuel, while the owner is responsible for the crew and technology.

La Bella Donna only gets to enjoy the summer in Turku for a little while today. The unloading and loading of the ship only takes 6–8 hours. 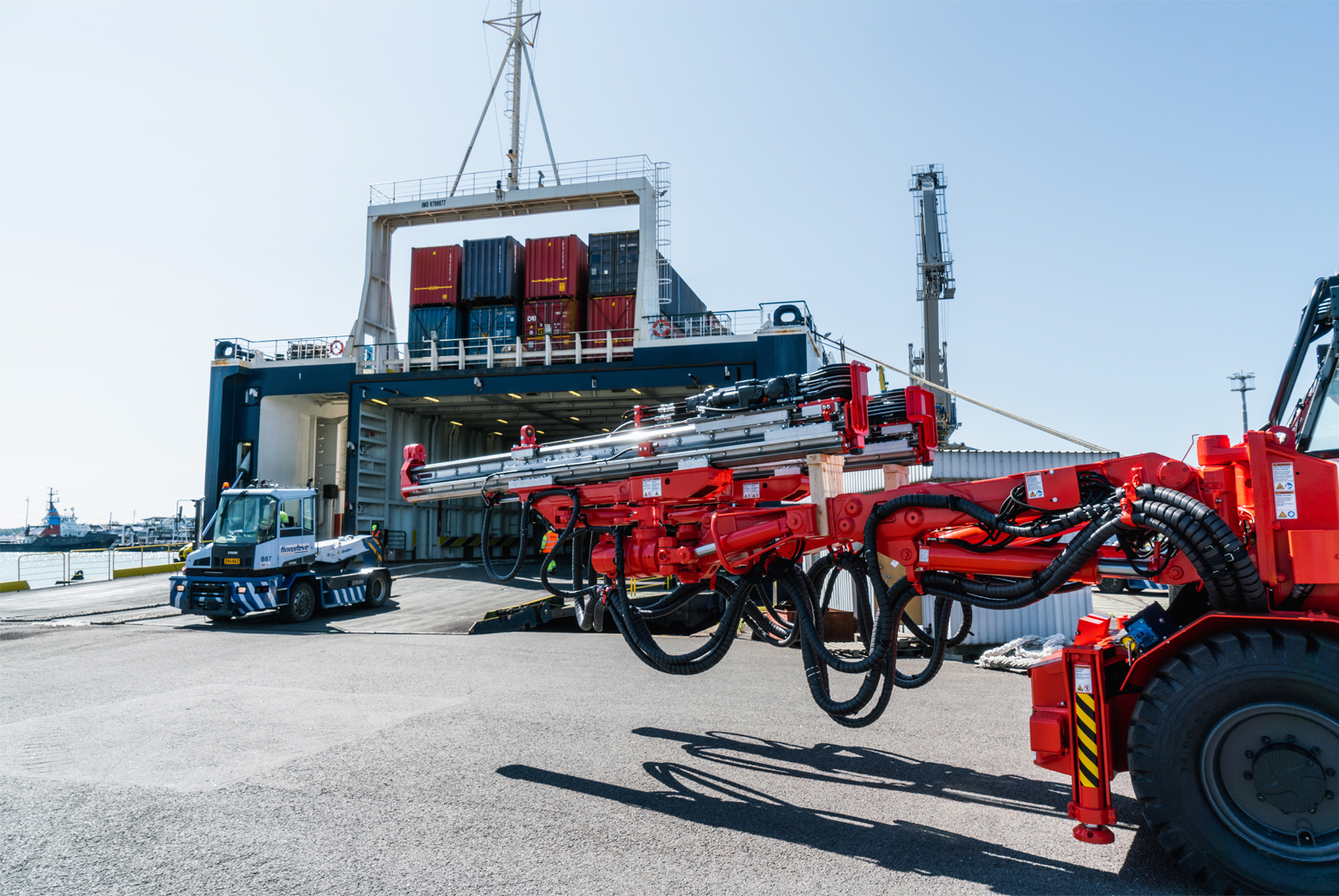 A couple of days to get to Rotterdam

Finnsteve’s stevedore picks up another mafi loaded with steel bars with the tractor and lifts it to the cargo hold. A couple of days later, a colleague in Holland will do the same in reverse order from the ship to the loading platform in the Port of Rotterdam.

Mr Symes points out that loading and unloading is of course planned carefully beforehand. ”But some adjustment is always needed, if, for example, a vehicle to be loaded on the ship won’t start right away. Everything needs to be loaded on time, however, so that the goods don’t miss e.g. a further connection.”

It is also important to know otherwise what will happen in the next ports of call. The idea is that as little intermediate unloading would have to be done in ports i.e. transfer cargo temporarily to the quay to get goods out from the front part of the ship. ”Mann Lines is a small shipping company, but we are very flexible and provide individual service.” 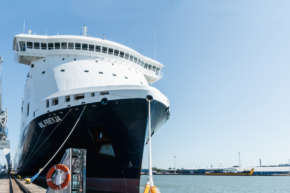