“We noticed that there is no such solution available on the market, so we created the first map already in 2018 on top of Google’s ecosystem. At first, we were thinking of a map with a charge, but as open data is of poor quality, it’s not possible to build services on top of it. In April 2020 we created an official mobile app, this time on top of ESRI’s ecosystem”, Janne Lausvaara says.

ESRI’s ecosystem offers broad potential for the interface, so the goal is now to share the data to other providers as well and build interfaces also in other systems, including e.g. port systems, so that truck drivers can check, for example, the arrival times of ships and determine the location of a container on an outdoor storage area. At present, the features are still being developed, but they will start to emerge gradually.

The application includes, for example, the height and weight limitations for transport, fuel stations, traffic disruptions, and rest stops and their services. A driver heading to the Port of Turku, for example, will be informed about the location of snow removal equipment. The user can choose the information to be displayed by switching the map layers on and off with the info button.

The app can be downloaded for iOS and Android devices in all countries. It is already being used by more than 10,000 professional drivers and transport company dispatchers all over Finland.

Users can choose what is shown on the map

The needs of different users have been anticipated by creating categories; for example, the Messenger and distribution companies map also shows fuel stations for small vehicles.

”The user can choose by themselves what information is shown on the map. Unnecessary information can be hidden in the app. The device will remember the choice even if you close the app”, Mr Lausvaara says.

With oversized transport, it should be taken into account that the Digiroad data imported from the Finnish Transport Infrastructure Agency includes many exceptions. The situation with over-high transport is challenging, because for example in Turku, only the height limitations on the entrance routes are marked in the materials. So Tietorahti’s map is not suited for oversized transport, while it also offers plenty of useful information for those.

The app is improved proactively through product development

The materials are continuously being developed in co-operation with different providers.

According to Mr Lausvaara, the users of the map often tell what they wish to have added to the map, and the requests are realised when possible. We hope to receive reports on missing and incorrect information through different feedback functions of the application. In addition to correcting errors, crowd-sourcing is used to collect new map layers, such as snow removal equipment, lay-bys, and trailer parking locations from professional drivers.

“Almost all feedback is positive. Negative feedback usually has to do with the quality of data which we can, fortunately, affect in most cases”, he says.

From data collecting to data sharing

The corrected materials collected through crowd-sourcing will not remain just for the use of the company, but the goal is to open the interfaces proactively. Tietorahti cannot determine what applications different providers use, so it also aims at sharing information with other applications.

In addition to opening interfaces, different functionalities are proactively created for Tietorahti’s mobile app. It is already now possible to send the map users e.g. notifications that they are expected to arrive at the port or that cargo needs a driver in a specific area.

A wide variety of information is available for the map application 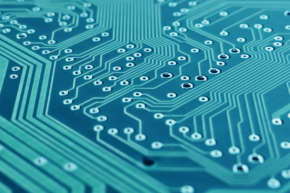 Traffic and logistics
Digitalisation will also change the future of ports